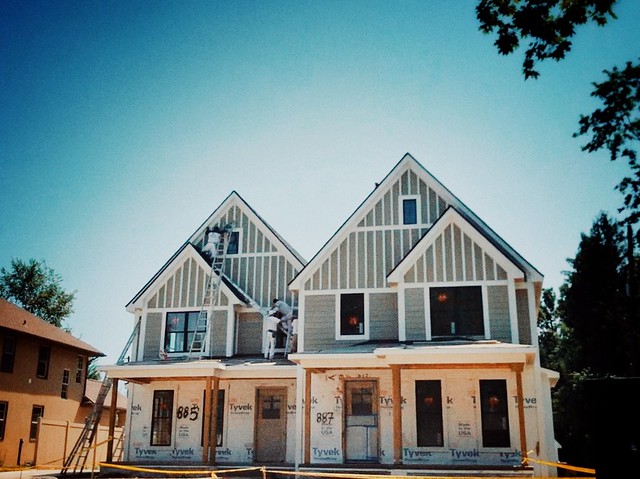 In October, sales of newly built, single-family homes were relatively flat from the month before, according to a new report from the U.S. Census Bureau and the Department of Housing and Urban Development. But, despite a flat month, they’re now up 32 percent from last year at the same time. That’s because September’s sales estimate was revised upward and, combined with October’s results, the two months were the best for new home sales since 2007. So what’s driving the sales surge? Well, a couple of things. One is mortgage rates, which are significantly lower than they were last fall. Another is buyer demand. The number of interested home buyers has been elevated for a while now, in large part due to a strong job market. Additionally, new home prices are falling. In fact, according to the report, the median sales price of a new home is down 3.5 percent from last year. When you combine high demand and low borrowing costs with declining prices, it becomes pretty clear why prospective home buyers might be taking a longer look at buying new. More here.