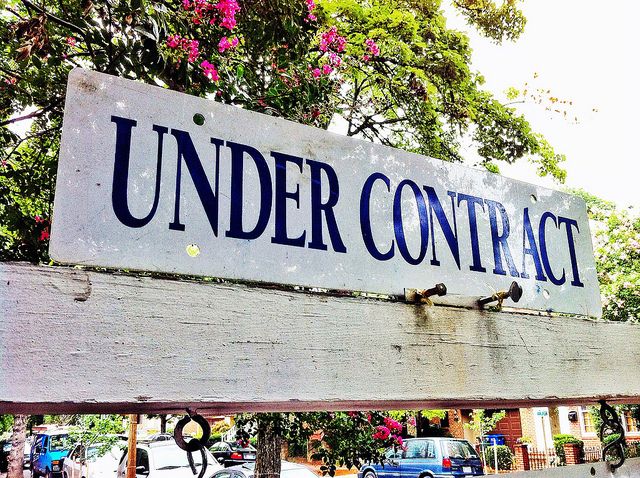 When a home seller accepts an offer and a contract to buy is signed, that home’s sale is considered pending until it closes weeks later. Because of the gap between contract signings and closings, pending sales can be a good indicator of future home sales. That’s why the National Association of Realtors tracks them each month. In January, their Pending Home Sales Index hit an all-time high for the month, despite dropping almost 3 percent from December. Contract signings are now up 13 percent from last year at the same time. Lawrence Yun, NAR’s chief economist, says they’d be even higher if there were more homes for sale. “Pending home sales fell in January because there are simply not enough homes to match the demand on the market,” Yun said. “That said, there has been an increase in permits and requests to build new homes.” Regionally, the West and Northeast saw significant declines month-over-month, while the South and Midwest were relatively flat from one month earlier. (source)